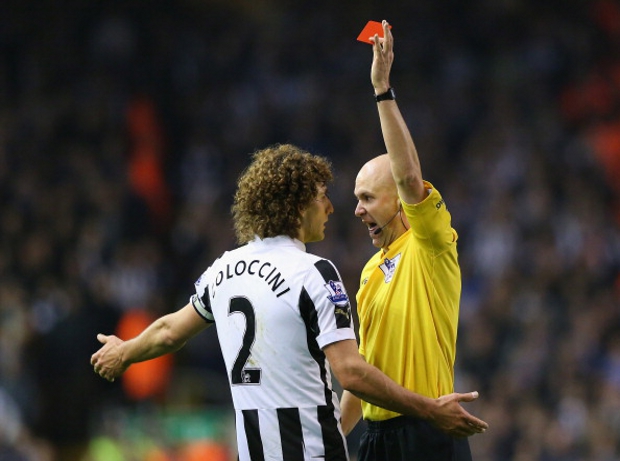 Newcastle United have revealed that their appeal against the dismissal of Fabricio Coloccini has been successful.

The centre-back was sent off during Sunday’s derby demolition at the hands of Sunderland, and had been set to face a suspension.

Despite defeating Norwich City 6-2 the weekend beforehand, the Magpies delivered a disastrous showing in the Tyne-Wear derby on Sunday, falling to a 3-0 defeat.

Coloccini’s dismissal was arguably the turning point, with the teams level up to that point.

The Argentina international was shown a straight red card at the end of the first half as the referee, Robert Madley, spotted a collision between the defender and Black Cats striker Steven Fletcher. The foul not only cost the Magpies arguably their best player, but also saw Sunderland receive a penalty, from which they opened the scoring.

Newcastle made the following announcement on Tuesday: “The Football Association’s Regulatory Commission upheld Newcastle’s appeal on Tuesday afternoon and Coloccini will now be available for selection for Saturday’s Premier League fixture with Stoke City at St. James’ Park.”

Magpies coach Steve McClaren will be delighted to welcome back the influential defender for a game which must be considered a ‘must win’ for the North-east heavyweights.

After the humiliating defeat to Sam Allardyce’s side, Newcastle sit in 19th place in the Premier League, only two points ahead of bottom club Aston Villa. They could escape the drop zone if they beat the Potters at home.