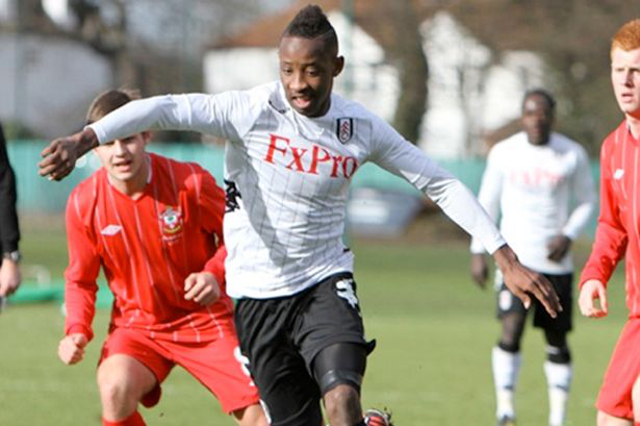 According to reports in France, European giants AC Milan and Bayern Munich are considering a move for Fulham striker Moussa Dembele.

The 19-year-old, near-namesake of Tottenham Hotspur midfielder Mousa, has been in impressive form in the Championship so far this season, scoring five goals in 13 league outings for the Cottagers. His efforts have seen the West London side enjoy an encouraging start to the 2015-16 campaign and, after 13 matches, they find themselves in 11th place in the second tier, seven points off the playoff places.

Dembele learned his trade at Paris Saint-Germain between the ages of eight and 16 before moving to London, and he has arguably benefited from the club’s relegation in 2013, being allowed space to develop in the Championship that may not have been forthcoming in the Premier League.

According to Foot Mercato, the player is now being eyed by both Milan and Bayern, who are understood to have sent representatives to London in order to monitor his progress.

Dembele, who is under contract at Craven Cottage until 2016, may well find it hard to ignore the attentions of two of the continent’s most illustrious sides.

The striker, who has represented France at youth level, is also eligible for Mali.