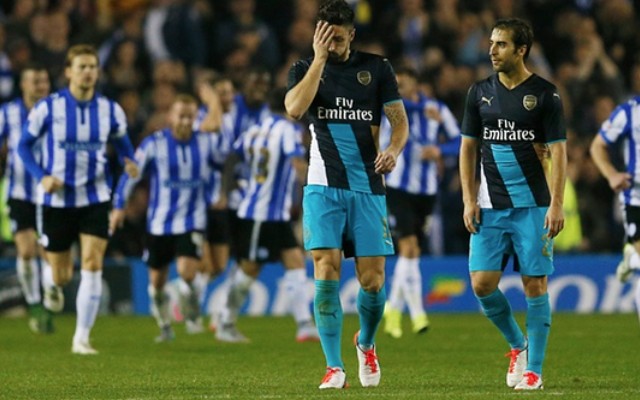 Premiership leaders Arsenal suffered their biggest defeat against lower-league opposition in 56 years on Tuesday night as the Gunners were thrashed 3-0 by Sheffield Wednesday at Hillsborough.

Arsene Wenger made eight changes to the side that started Saturday’s 2-1 win over Everton. And his inexperienced team was thoroughly outplayed as the North London outfit were dumped out of the Capital One Cup in round four.

CaughtOffside’s predicted XI was almost 100% correct, but we went with Theo Walcott up front, while Wenger opted for Olivier Giroud.

Here’s how each of Wenger’s men rated, according to leading Gunners fan blog All Arsenal.

All Arsenal said: “The Czech international wasn’t at fault for any of the goals, but he didn’t pull off any spectacular saves either. Nothing he could really do, unless you want to blame him for not organising his defence better.”

All Arsenal said: “The Frenchman was the most infuriating player on the pitch tonight, and really looked like he just didn’t want to be there. He rarely got beyond a gentle jog, he was poor going forward, was lazy defensively, and really doesn’t seem to have a future at the club.

“His lethargy was a large part of the reason we conceded for the first goal, and he seemed to get worse as the game went on.”

All Arsenal said: “The youngster really looks out of his depth at times, and gets bullied off the ball far too easily for a defender of his size. His positioning was poor during set pieces, and he needs to get tighter to his man.”

All Arsenal said: “His performance was fairly poor, but the worst thing about his display was his lack of leadership. He was the captain, and yet he did nothing to rally the troops. He didn’t marshal his players during set pieces, and we were punished for it.”

All Arsenal said: “One of the better players on the pitch, and that’s really not saying much. He did his job for the most part, but like the rest of the team looked totally out of ideas going forward.” 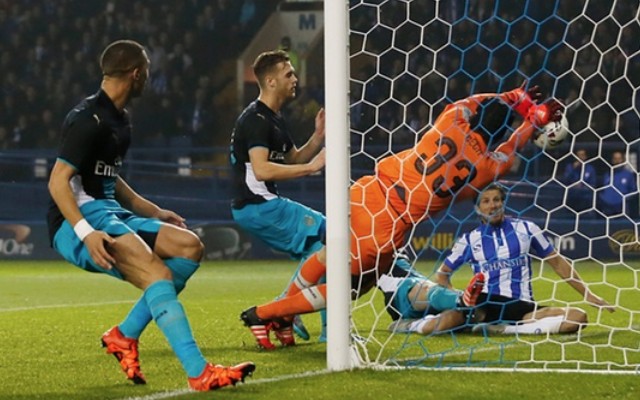