Jurgen Klopp’s reign as Liverpool manager has so far only yielded three draws, but a first win is a strong possibility on Wednesday night when the Reds host lowly Bournemouth in the Capital One Cup.

Bournemouth’s confidence is likely to be low after losing 5-1 at home to Tottenham Hotspur on Sunday.

Klopp has hinted that he will rotate his squad for the midweek match. He is quoted by BBC Sport as saying: “It’s a very, very important game. But I know we have a lot of games in the legs so we have to change.”

For what it’s worth, here’s how we expect Liverpool’s starting XI to look against the Cherries…

Liverpool’s no.2 goalkeeper was the penalty-shootout hero as the Reds edged past Carlisle United in the last round.

Nathaniel Clyne has played every minute of every Premier League game so far this season. The Reds’ other senior right-back, Jon Flanagan, is still injured, so 20-year-old Randall could make his debut as Clyne takes a much-needed rest.

The Spaniard was banished by former manager Brendan Rodgers, who did not include him in Liverpool’s Europa League squad, as reported by the Liverpool Echo. As a result, Enrique was ineligible to play against Rubin Kazan. Klopp may have wanted to use Enrique against Kazan – because Alberto Moreno could use a break – but he was unable to.

Enrique is available in the Capital One Cup and this game seems like a perfect chance for Klopp to bring him back into the first-team fold.

A good performance against Bournemouth could convince Klopp to add Enrique to his European squad when the registration window reopens in the New Year. 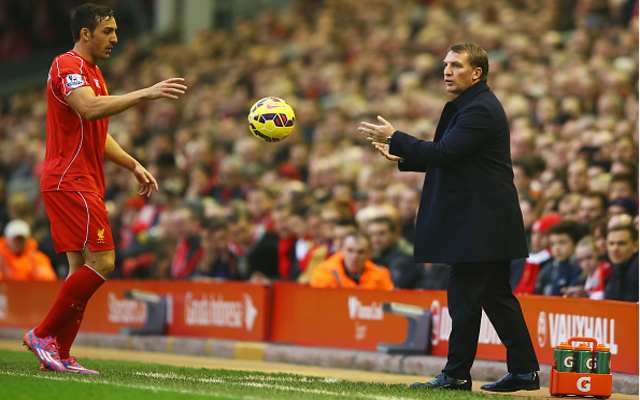