Chelsea manager Jose Mourinho is on thin ice at the moment, and if reports are to be believed he will be on his bike should his side fall to defeat at Liverpool’s hands.

With that in mind he will undoubtedly be keen to field his strongest XI for such an important game. That means some of the younger players he’s been using recently will drop back out, and a return for the newly contracted Ramires wouldn’t be a surprise.

However, despite his goal during the week, it seems as though Loic Remy will drop back to the bench to make way for Diego Costa.

Scroll down to see how we think The Blues will line up.

With Courtois still out, it’s unlikely that Mourinho will stray from the Bosnian international. 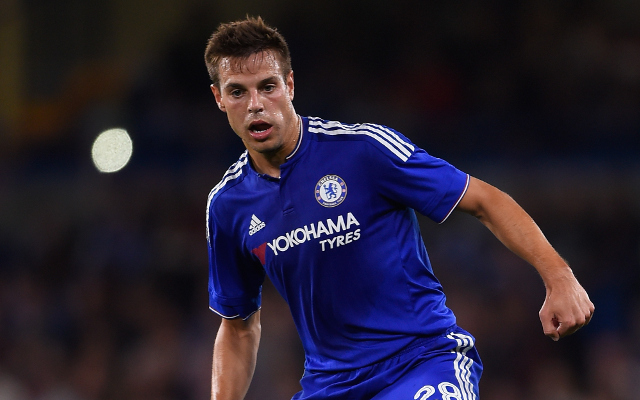 ‘Dave’ is still keeping Ivanovic out of the side in his natural position.

One of the few Chelsea defenders able to hold his head high following their torrid start to the season.

The Blues need a big performance from the captain to keep Christian Benteke quiet.

Faces a big test against Liverpool’s wide men. Will need to keep his cool and not lunge in on anyone.