It feels like a case of two steps forward and one step back for Juventus this season, as the reigning Serie A champions have once again lost another key man—this time Sami Khedira—to injury.

The German international was signed from Real Madrid on a free transfer during the summer, but was made to make months before making his debut for the Old Lady.

Upon making his debut for the Serie A champions, Khedira immediately demonstrated his class, playing a dominant role in victories over Bologna, Sevilla and Atalanta.

Despite a miserable start to the Italian league season, Juve’s form appeared steadily to be improving—even if a 1-0 loss to Sassuolo last weekend came as an unhappy setback.

The Italian giants returned to winning ways on Saturday with a 2-1 victory over Torino, thanks to a sublime goal from Paul Pogba and a last-minute winner from Juan Cuadrado.

However, the triumph came at a cost, with Massimiliano Allegri admitting after the match that the World Cup-winning midfielder was a doubt for Juve’s midweek Champions League clash with Borussia Monchengladbach.

“He told me that he felt good and was ready to play. We’ll see if he can play midweek, but I doubt it,” the coach told reporters after the match, as per Football Italia. 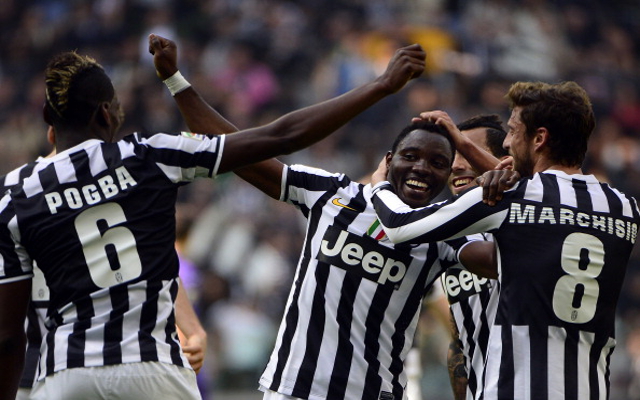 The loss of Khedira will further deplete Juve’s midfield, with midfielder and versatile left-sider Kwadwo Asamoah having been ruled out for a spell only weeks after returning from a long-term injury. Claudio Marchisio has also had an unsettled start to the season, while Martin Caceres has been struggling with his fitness and Roberto Pereyra and Stephan Lichtsteiner are also absent.