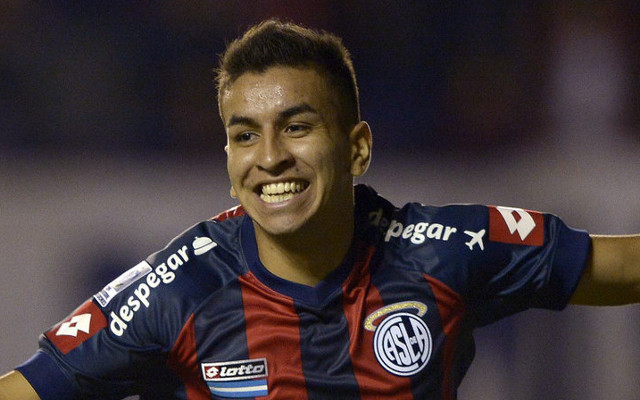 Manchester City are on top of the English football world right now even without their two biggest stars, David Silva and Sergio Aguero. However, the club is always hungry for young talent and are willing to pay a good price for Angel Correa, a player some are comparing to Sergio Aguero.

According to the Metro, the Citizens are in pursuit of the Atletico Madrid forward with hopes of landing him ona future transfer.

The Metro reported that Man City is looking to offer around £8 million for Correa.

The 20-year-old forward is in his second season with Atletico, but has made only a handful of appearances for the club. He has also been capped three times for Argentina, scoring a goal in the process.

The Metro noted that people have compared Correa to his Argentina teammate Sergio Aguero. Much like Angel Correa, the reigning Premier League Golden Boot winner also played for an Argentinian football club in his homeland before moving to Atletico Madrid. Aguero played for Independiente and Correa played for San Lorenzo.