Chelsea legend Gianfranco Zola has admitted that his is desperate to return to Stamford Bridge as manager, in a revelation that may heap further pressure on Jose Mourinho.

The current incumbent has found his position at Chelsea in jeopardy following a miserable start to the campaign. The Pensioners have lost their last three matches—a defeat to West Ham United, a midweek Capital One Cup elimination at the hands of Stoke City (on penalties), and a home loss to Liverpool this weekend—and sit in lowly 15th place in the Premier League.

The reigning champions have lost six of their opening 11 matches, and sit 14 points off leaders Manchester City.

As such, Mourinho is under pressure, and reportedly has only two more jobs to save his job.

Zola’s latest revelations may well crank up the pressure on Mourinho: “My dream, let us say my ambition, is to be Chelsea manager some day in the future,” the current Al Arabi coach began, speaking to Sky Sports [as per Goal]. 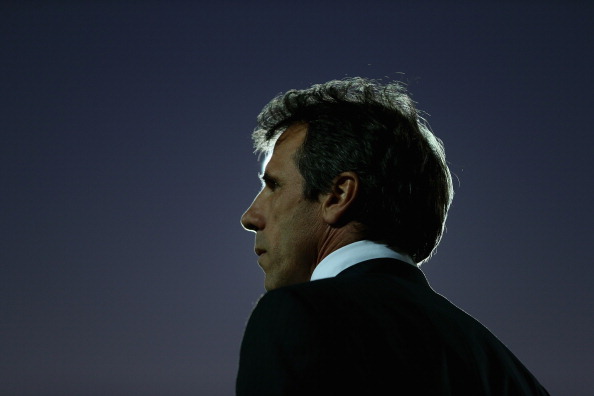 “However, I realise that I need to improve as a manager if I want to get there. And I am working hard to achieve my goal. Qatar is helping me a lot in this regard.

“I try to make my side play football in the way I want to see the game played. I have made a small start with Al Arabi and I am confident the results will be seen in the near future.”

Zola enjoyed seven years at Stamford Bridge—the best years of his career—and scored 80 goals in 312 outings for the London heavyweights.

He left to move to Cagliari in 2003 and has subsequently managed West Ham United and Watford, with mixed results.