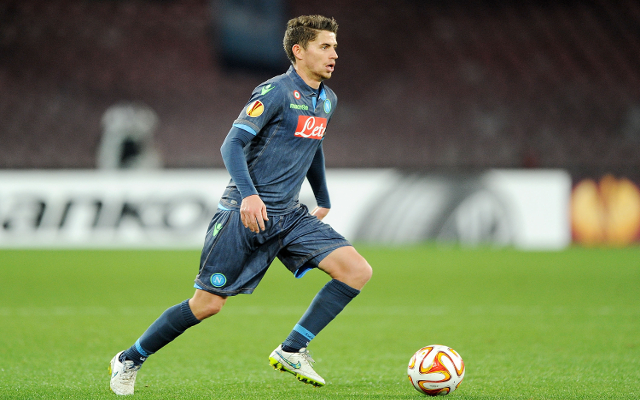 The agent of Napoli midfielder Jorginho has said that it would take an “irrefutable” offer from Arsenal for the 23-year-old to consider moving in January after the Gunners sent a scout to watch him, Football Italia reports.

Arsenal will not give new contracts to midfielders Tomas Rosicky, 35, Mathieu Flamini, 31, and Mikel Arteta, 33 when their deals expire at the end of the season, the London Evening Standard.

No final decision has yet been taken but Standard Sport understands the Gunners are planning for life without the trio, whose deals all expire at the end of the season.

Arsenal boss Wenger criticised Wales for playing Ramsey against Andorra last month after qualification for next summer’s finals in France had already been secured.

Goalkeeper Wojciech Szczesny has revealed he is more than willing to return to Arsenal if Gunners boss Arsene Wenger wants him to, the Daily Star reports.

Szczesny joined the Serie A giants on a season-long loan shortly after Petr Cech’s arrival at the Emirates.