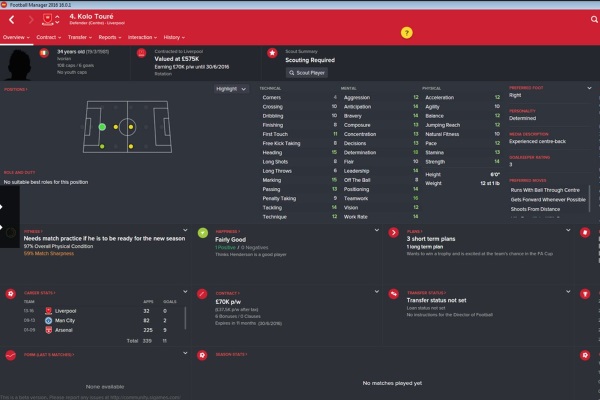 Football Manager 16 is almost upon us, and fans of the series are waiting with sizzling anticipation to see how the programmers at Sports Interactive have rated their side and their star players.

Here at Caught Offside, we’re privy to some insider knowledge.

Our sister site and Liverpool blog Empire of the Kop have got their hands on the complete Football Manager 16 Liverpool squad stats.

The screenshots make for fascinating viewing.

Philippe Coutinho and Roberto Firminio both have starting transfer values of £30 million, while Mamadou Sakho might be particularly delighted with some of his stats.

Check out the link above and let us know if you think Football Manager have given Jurgen Klopp’s side fair ratings, or whether the Reds have been grossly underrated…