With Euro 2016 now under a year away, it won’t be long before a number of new kits for the participating countries start being released.

It’s a little too early for that at the moment, but thanks to the good folks at Todos Sobre Camiestas we are able to get a sneak peek at the new Spain home shirt for next summer’s tournament.

It appears as though the Iberians will wear a very simple, classic-looking red jersey in France. Bright red in colour, and offset by subtle yellow trim, the jersey represents a return to a more classic design reminiscent of their strips from the 80s and 90s.

See the new shirt below… 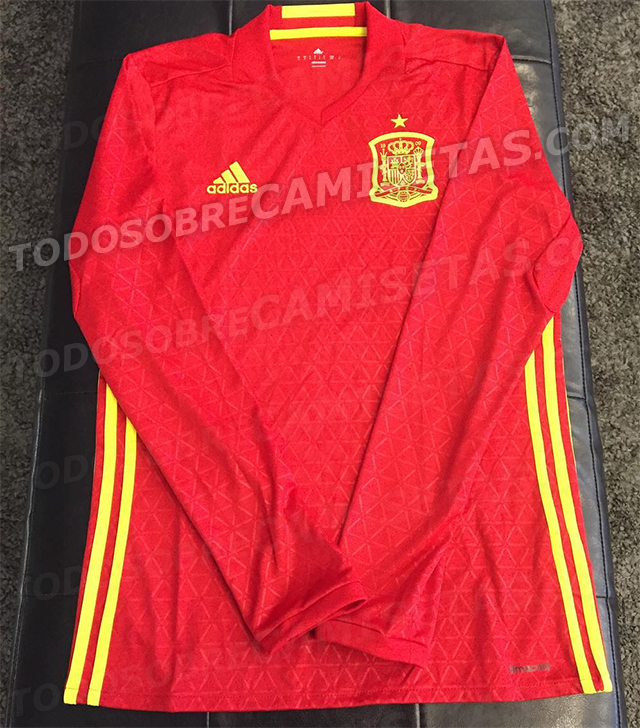