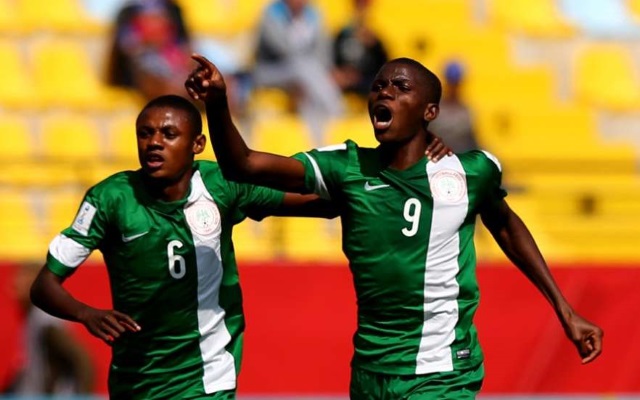 Tottenham Hotspur and Arsenal transfer target Victor Osimhen made history on Sunday evening when the Nigerian wonderkid became the all-time top scorer in the history of the U-17 World Cup.

The honour was previously held by France striker Florent Sinama Pongolle, who scored nine goals in 2001, and was equalled by Ivorian forward Souleymane Coulibaly, who met the Frenchman’s tally of nine in 2011.

Osimhen broke the record on Sunday evening when he scored Nigeria’s second goal in their 2-0 victory over Mali in the final [as per Goal].

Not only did the wonderkid set the U-17 World Cup alight in Chile, delivering a series of outstanding displays as the Super Eaglets advanced to the final, he also won the top scorer award and the silver boot for the second-best player in the tournament.

According to the Daily Mail, Spurs want Osimhen and have contacted his representatives at the Ultimate Strikers Academy, with whom he is currently registered.

Arsenal and Manchester City are both also keen on the attacker according to the source, but both of these sides are understood to be plotting a move for Osimhen’s international teammate Kelechi Nwakali, who won the best player of the tournament award.

Despite the bright things forecast for Osimhen’s future, the attacker will be aware that both of his fellow prodigious frontmen, Sinama Pongolle and Coulibaly, have both largely failed to realise their early potential.

The former flopped at Liverpool and managed only one senior appearance for the French senior side, while Coulibaly failed to make the grade at Tottenham Hotspur and moved on to Bari. He currently features for Peterborough United in League One.