Manchester United boss Louis van Gaal has made several big calls since taking over the job, all in the name of his philosophy and style, but the club are still deeply entrenched in a transitional period.

However, recently he decided to throw young forward Jesse Lingard into the mix, and the 22-year-old has repaid the faith shown in him by coming up with a string of good performances.

But despite that, the Dutchman has told Lingard to forget about a new contract for the time being and focus on his football instead. 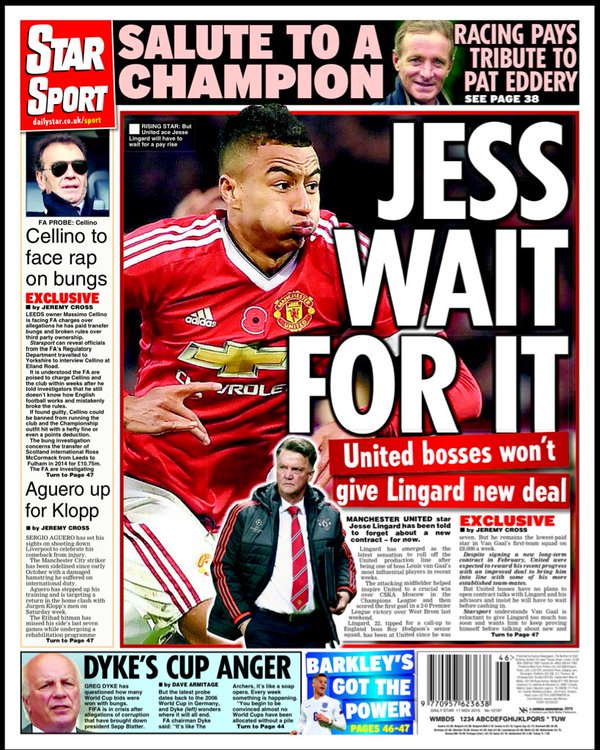 Lingard found the net last weekend and was roundly celebrated by fans and pundits alike, though it appears that van Gaal is hoping to keep the England under-21 international’s feet planted firmly on the ground.

It is worth pointing out that Lingard only recently signed a new deal with the Red Devils back in February, but came close to linking up with Championship side Derby Country over the summer.