Chelsea are said to be preparing a huge money offer to sign Real Madrid megastar Cristiano Ronaldo, according to the Daily Mail.

The Mail picked up the story from Spanish publication AS, who claim that Blues owner Roman Abramovic wants to build a new side around the Portuguese ace, even though he turns 31 before the end of the current campaign. 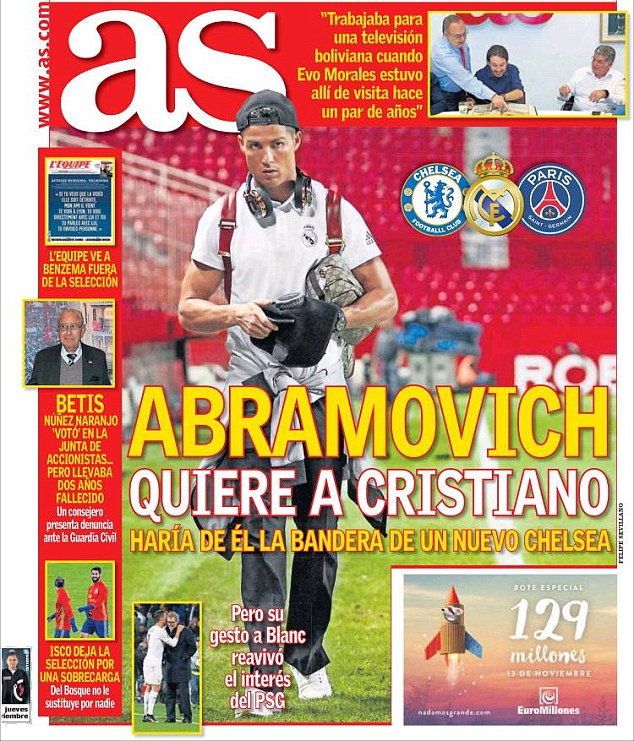 AS also claim that money will be no object in the potential deal as The Blues want want Ronaldo to be their ‘marquee signing of the future’.

The report cites Chelsea’s connections with super agent Jorge Mendes as one of the main reasons behind why the deal could go ahead, with Chelsea signing the likes of Diego Costa, Falcao and Felipe Luis in recent years, who are all represented by Mendes. Ronaldo is also represented by Mendes.

However, The Mail cites the AS report as suggesting that Abramovich is prepared to fork out as much as €100m (£70m) to land Ronaldo’s signature, before going on to say that Chelsea plan to raise €200m (£140m) by selling the likes of Eden Hazard, Oscar and Nemanja Matic.