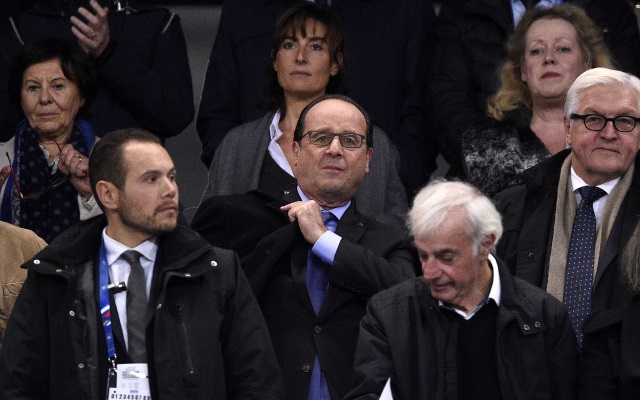 Terrorist attacks and a hostage situation are ongoing in Paris in the aftermath of France’s international friendly victory over Germany.

France, hosts for next summer’s European Championships tournament, defeated world champions Germany 2-0 thanks to goals from Olivier Giroud and Andre-Pierre Gignac, but the game has been wholly overshadowed by a series of terrorist incidents during and after the match.

The explosions started 15 minutes into the match, with this vine capturing the moment that the bomb blasts were heard in the vicinity of the Stade de France.

At the time of writing, the death count is at 39, with some hostages understood to be held in the Baraclan arts centre in an ongoing hostage situation.

Francois Hollande—the president of the French republic—was in attendance at the friendly bout between France and Germany, but was escorted from the ground after the first bomb went off.