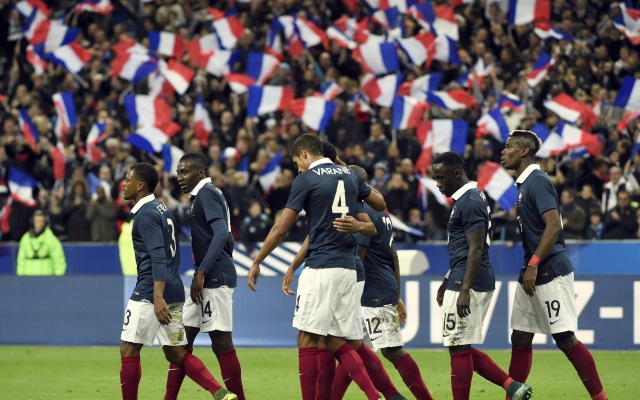 France defeated Germany 2-0 at the Stade de France, Paris on Friday evening, but the game was overshadowed by attacks around the city and an ongoing hostage crisis.

The BBC reported that at least 30 people have been killed in Paris attacks across the capital, with one attacker opening fire in the 11th arrondissement.

Chilling moment that the explosion close to Stade de France could be heard mid-game between France & Germany https://t.co/VODxb8fLoy

Simultaneously, there have reportedly been shootings near the Baraclan arts centre, and explosions outside the Stade de France—where the match was taking place.

Francois Hollande—the president of the French Republic—was in attendance at the friendly contest between the two European giants, but left the ground as the news began breaking of the attacks.

The explosions started 15 minutes after the match began, and saw scenes of panic engulf various corners of the French capital.

Arsenal striker Olivier Giroud fired Les Bleus ahead after some sublime work from Anthony Martial, with the Manchester United wonderkid dazzling down the left flank.

The French doubled their lead late on, when Blaise Matuidi played in substitute Andre-Pierre Gignac with a fine cross after an excellent counterattack.

While the hosts’ on-field form will come as encouragement for coach Didier Deschamps, the scenes around the city will raise major concerns ahead of next summer’s continental showpiece.