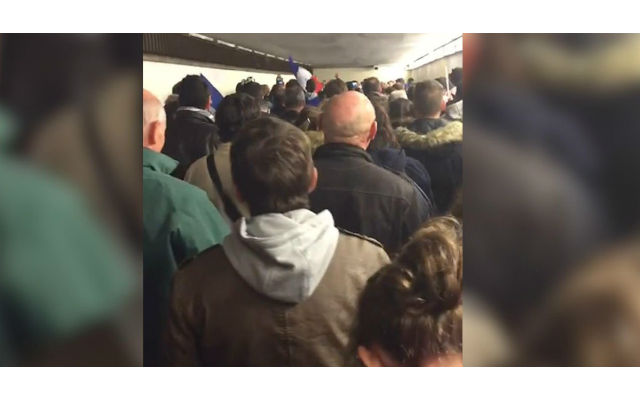 During such terrible attacks like Friday night’s events in Paris, one of the things that make you take heart as a human being is seeing the tremendous spirit of the people it’s affecting.

Following the conclusion of France’s friendly with Germany, the Stade de France was evacuated by authorities through a tunnel leading away from the ground.

But the fans, who possibly weren’t aware of the full extent of the situation, knew that uniting as they had done in the stands was the best response they could give at that time.

And one fan caught footage that will no doubt stir the spirit as those fans sang the French national anthem as they were led away from the ground.

See the footage below…

(Via The Guardian and Karl Olive)