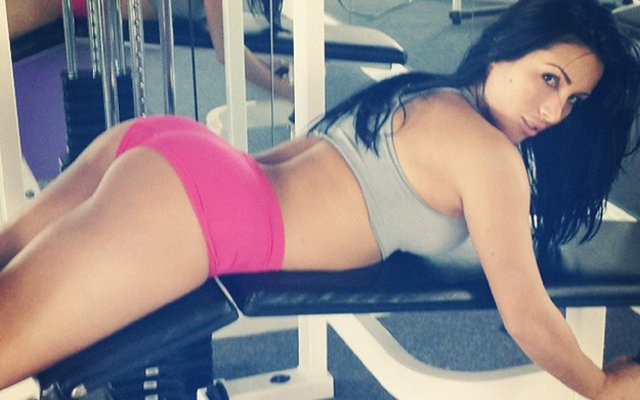 Anyone remember when Venezuelan model Jeinny Lizarazo made a bet with Arsenal fans regarding Karim Benzema moving to North London?

The South American sexpot professed to be some kind of delicious transfer expect, and during the summer, expressed her overwhelming confidence that Benzema—currently under scrutiny by the French authorities for his alleged role in the Mathieu Valbuena sextape scandal—would move to the Emirates Stadium before the end of the transfer window.

Indeed, Lizarazo, who works for TV station ESPN Deporte, was so confident that Arsenal were close to signing the Real Madrid striker, that she’s agreed to be ‘punished’ if a move didn’t go through.

Clearly Lizarazo’s transfer knowledge wasn’t all she claimed it would be, or she was let down by her sources…either way…did she ever get her comeuppance?

If she ever was ‘punished’…by Arsenal fans or otherwise…please can someone get in touch with some video evidence.

My message to all the Arsenal fans about the @ArsenalMiami #Benzema challenge… pic.twitter.com/yAxsyRlA3B