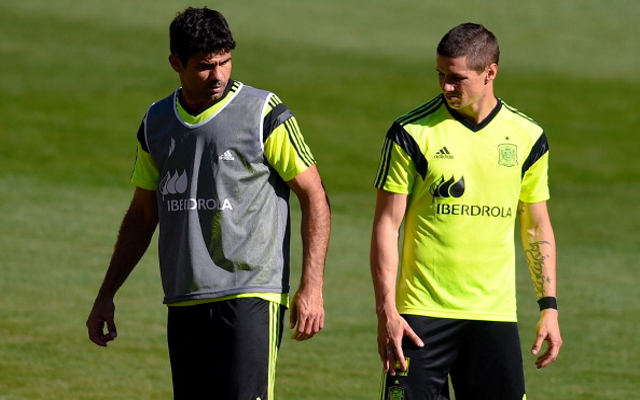 Any time a key Chelsea player gets lumped into the same statistical categories as the infamous Fernando Torres, Blues fans are going to get nervous. Unfortunately, that’s the exact situation unfolding at Stamford Bridge this season for star striker Diego Costa after just over a quarter of the Premier League season.

The Daily Mail took note of the disheartening statistics of Torres’s ill-fated tenure at Stamford Bridge – and the similarities between his four seasons and Costa’s current season are shockingly similar to say the least.

What’s even more frightening for Chelsea fans is that Costa’s current minutes/goal pace is now even worse than three of Torres’s four seasons.

Chelsea paid about £50 million to bring Torres in after a stellar career with Liverpool, but after failing to come close to matching his previous production, Torres was loaned out and hasn’t been seen in Stamford Bridge since.

Last season, Costa scored seven times in the first four seasons and had Chelsea flying high, all the way to the Premier League title and a League Cup win.

But this season Costa is currently averaging fewer goals, assists and chances created than he did last season, while accumulating more fouls.