John Terry often gets a bad rep for some of his off-field antics (and some from on the field), but it seems he is continuing to show a gentler side by performing the latest in a long line of good deeds.

Upon hearing of the passing of Chelsea fan and family man Michael Goode, the Blues captain penned a letter to the grieving family to let them know that the club are thinking of them.

Flagged up on the Chelsea Reddit page, the touching note is signed off by Terry, who hails Goode as a “loyal fan”.

See the letter in full below… 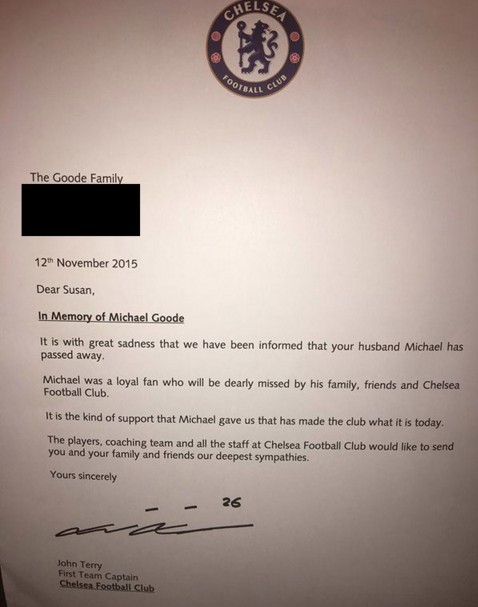