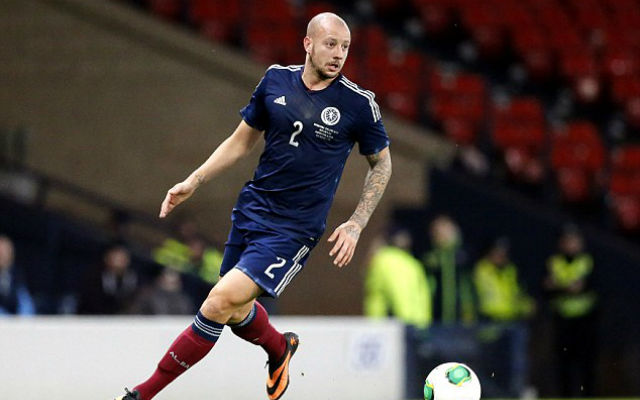 French newspaper L’Equipe have for some reason released a graphic highlighting the best XI of players made up players from home nations national teams.

Breaking down the team by numbers, the side features six Englishmen, four Welsh, one Scot and sadly no-one from Northern Ireland.

Joe Hart is the team’s goalkeeper, and is protected by a back four of Ben Davies, Ashley Williams, Gary Cahill, and bizarrely…Alan Hutton. Though the Aston Villa man has improved on his personal form over the past two seasons, we’re still not sure why he’s in there other than to make up the numbers.

Meanwhile, the inclusion of Williams is well deserved, but surely Swansea’s Neil Taylor would prove the better choice considering Davies has been playing in a three man central defence for his country lately.

In the middle they have chosen English duo Jack Wilshere and Michael Carrick, with Gareth Bale, Aaron Ramsey and Raheem Sterling ahead of them.

And up font, despite being chronically out of form, Wayne Rooney has been selected to lead the line.

See their graphic below. Could you pick a better one? Let us know… 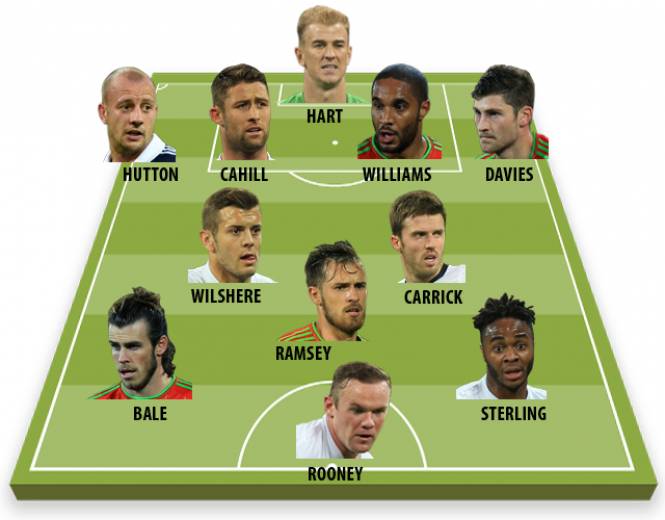