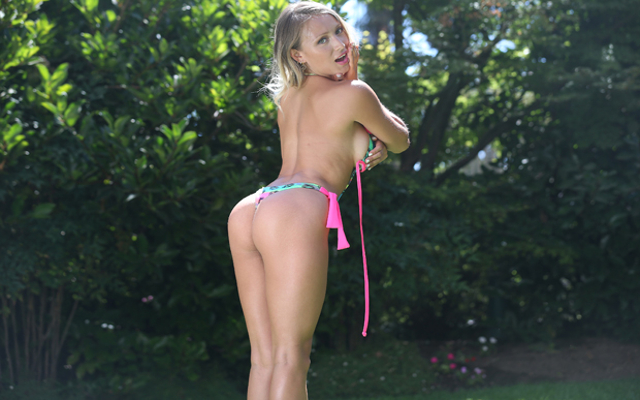 Daniella Chavez, the gorgeous model who once claimed she had an affair with Cristiano Ronaldo, has posted a sublime shot on Twitter.

The Playmate is one of our favourite all-time WAGs, not just because of the wild claims she made about CR7, but also because of the way she rewards her loyal fans with hot snaps and selfies on social media.

Her latest offering is a real treat:

The caption reads: “Kissing good night to all of my followers, and this photo is dediated to the winner of today’s #Mexico sweet dreams.”

That’s about as far as our Spanish takes us with Daniella…but we’re pretty sure it’s far enough.

To stay up to date with all of the gorgeous Miss Chavez’s updates and photos, make sure you follow her on Twitter @DaniellaChavezC…you won’t regret it!

As she proved with Ronaldo, Daniella wasn’t ashamed to dish the dirt on her past romances and spill the beans on her sexual conquests.