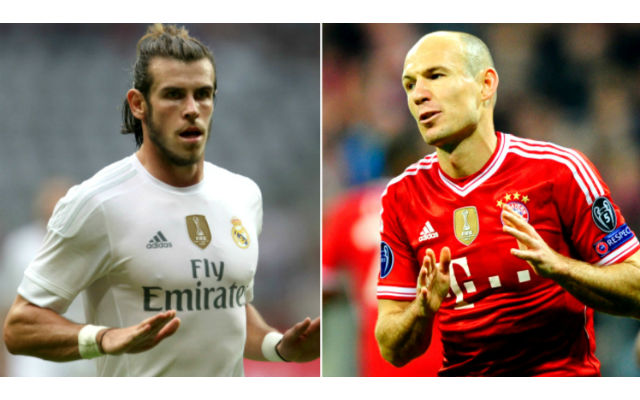 Manchester United are believed to be close to agreeing a double deal to sign Real Madrid’s Gareth Bale and Bayern Munich veteran Arjen Robben, according to the Metro.

United have spent heavily on player recruitment in the recent past, but manager Louis van Gaal has spelled out his desire to add more creativity to wide positions in his side (via Metro).

And now a report in the Daily Star claims that the Red Devils are close to sealing a double deal for the Real Madrid flyer and the inverted Dutch master.

News of United’s interest in Bale was reported in ESPN earlier this week, while Spanish outlet Fichajes also claim that Robben is a key target.

The Star reports that United would be prepared to spend £150million on the two players, with Bale costing £100m, and Robben costing a further £50m.