The wife of Manchester United striker Anthony Martial has given mixed messages about the player’s health on social media site Instagram.

The official website stated that “Louis van Gaal is likely to provide that update during his pre-match press conference at the Aon Training Complex on Friday.”

But his wife, Samantha, has given a mixed message over the severity of the injury that saw him leave Wembley Stadium on crutches following Tuesday night’s friendly between France and England.

Samantha yesterday posted a selfie, originally with the captain “Anthony is not [injured] thank you for your messages,” but minutes later she edited that message to say “Thank you Manchester for support My man.” 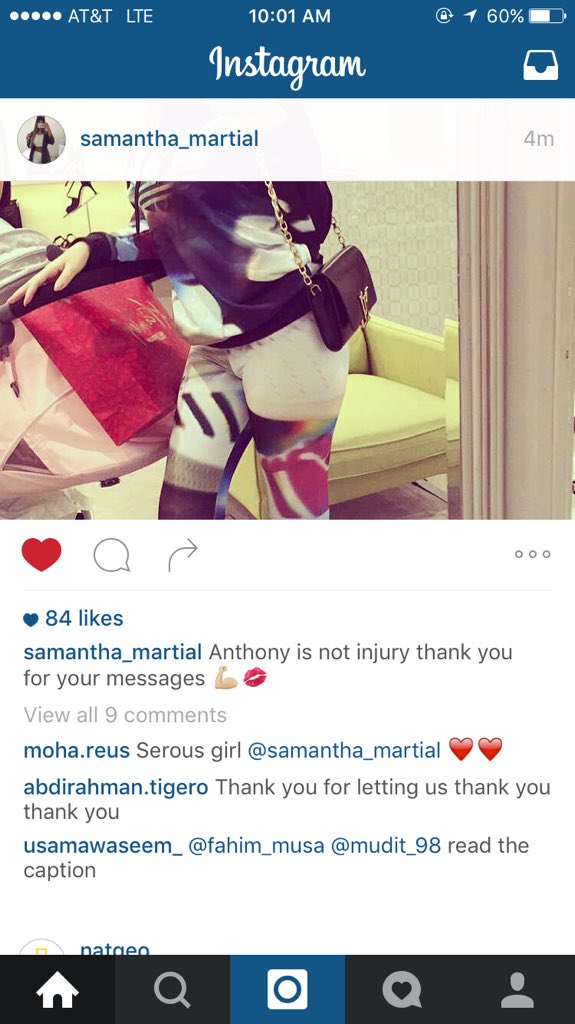 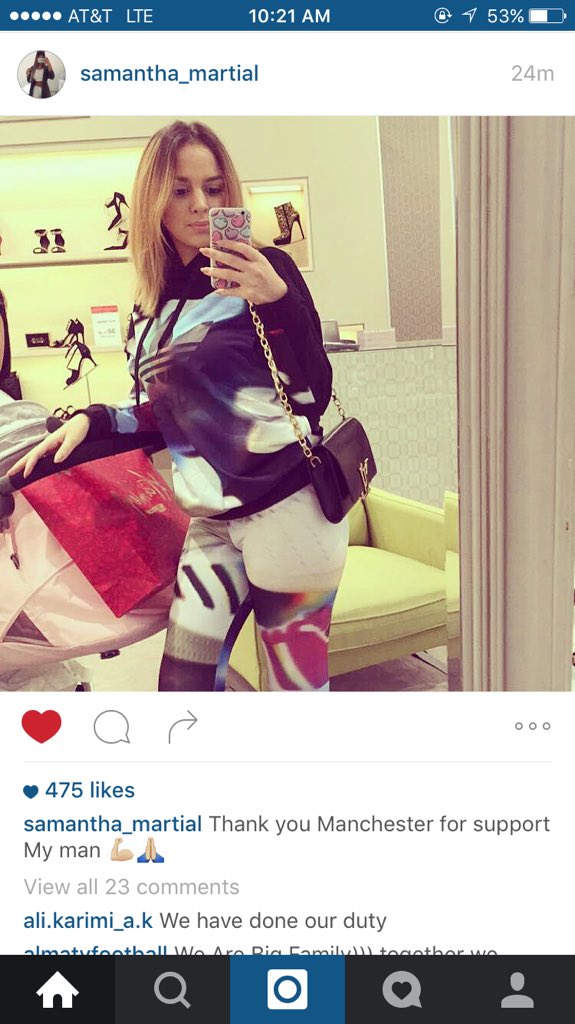