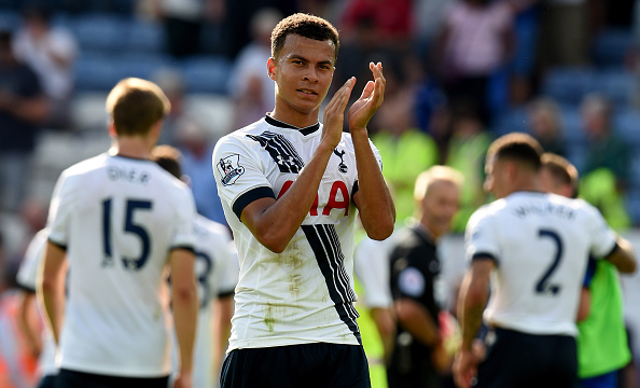 Tottenham Hotspur’s Dele Alli has been one of the early stars of the Premier League season, and his form is understood to have alerted Paris Saint-Germain, while Chelsea may regret missing out on signing the England international when they had the chance.

According to ESPN, French giants PSG are understood to be eyeing midfielder Alli, who shone against France in an international friendly at Wembley on Tuesday evening.

Alli opened the scoring—beating Spurs teammate Hugo Lloris with a long-range strike—before Wayne Rooney made it 2-0 in the second half.

While PSG are understood to be considering a move for the Anglo-Nigerian midfielder, ESPN note that Spurs have no intention of selling the 19-year-old, who only agreed to move to White Hart Lane in February.

As PSG weigh-up a potential future move for the midfield talent, Chelsea may be regretting letting the teenager slip through their fingers.

According to the Daily Mail on Thursday, the Blues were alerted to the then-Milton Keynes Dons star’s qualities in January, but opted not to make a move for the youngster despite being advised to do so.

With Alli now starring in the Premier League—he has made 11 appearances and scored two goals so far this season—and impressing for England, Roman Abramovich and Jose Mourinho will doubtless regret missing out on this glistening talent when they had the chance.