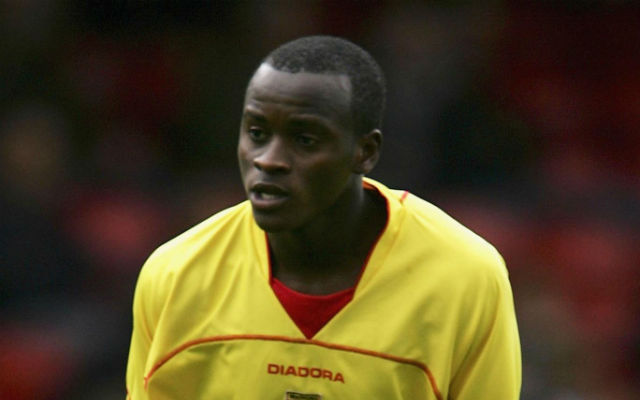 Former Watford striker Al Bangura has said that he was smuggled into the UK to work as a prostitute before he managed to sign for a top flight club, the Daily Mirror reports.

The 27-year-old has claimed that he was smudged from his native Sierra Leone to the UK to work as a sex worker.

Upon leaving Sierra Leone at the age of 14, he headed for Guinea where he met a French man, and told him that he was desperate to become a professional footballer.

Speaking for the first time about his ordeal, he said: “I want to play football and I’m going to school so I don’t want to do that.

“I didn’t know he had another different intention – to get me into the sex trade.”

After they arrived in the UK, Bangura – who would later sign for Watford, playing for the side in the Premier League – was left alone in a building.

“All of a sudden I saw two or three guys come around me, trying to rape me and make me do stuff.

“Because I was young and I was small, I just started screaming. They probably thought I knew what I was there for – obviously I know what I came over here for, I was here to play football.

“I was just crying and proper screaming and I tried to make my way out – I was cold, I was crying, I was shaking, I didn’t know what to do, I was all over the place.

“I made my way outside. I didn’t know where to start, I thought it was the end of my life.”

He eventually got help from a man that told him to claim child asylum at the home office, which by the time he was 16 had been granted the right to asylum for two years.

And Bangura has now opened up on his ordeal in a bid to shed more light on the issues involving child trafficking.

“It was so emotional, because after a few months I’d kind of forgotten about what what I’d been through, it had been sad but I ended up coming to a good thing.

“I started meeting people, started playing football and I got the opportunity to join Watford when I was 16 and things just started building up for me.

“It’s quite emotional to talk about it now, I’m happy I’ve got over it, but it’s sad for me.”

Bangura is currently without a club since leaving Coventry at the end of last season.