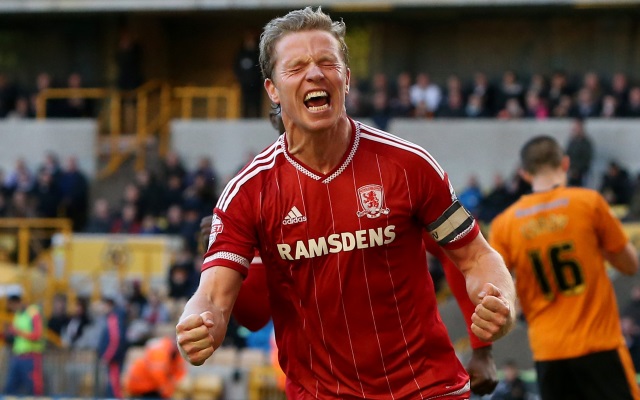 Middlesbrough moved up to third in the Championship after a dramatic 1-0 victory over Queens Park Rangers at the Riverside Stadium.

Following a fairly dull contest, things exploded in the 92nd-minute of the match when Leroy Fer handled the ball on the line and was duly dismissed.

Referee Chris Kavanagh awarded a penalty, which skipper Grant Leadbitter duly dispatched the resulting spotkick past Rob Green to give Aitor Karanka’s side the three points and send Neil Warnock’s team back to London with nothing.

On the balance of play, Middlesbrough perhaps merited the victory; they had more shots, more possession and had the best chance, notably when former England striker David Nugent struck the woodwork. The forward also had a fine chance early on, only to be thwarted by a Nedum Onuoha intervention.

Warnock himself missed the match due to personal reasons, but may be content with the way his side created chances and kept Boro at bay—at least until Fer’s late intervention.