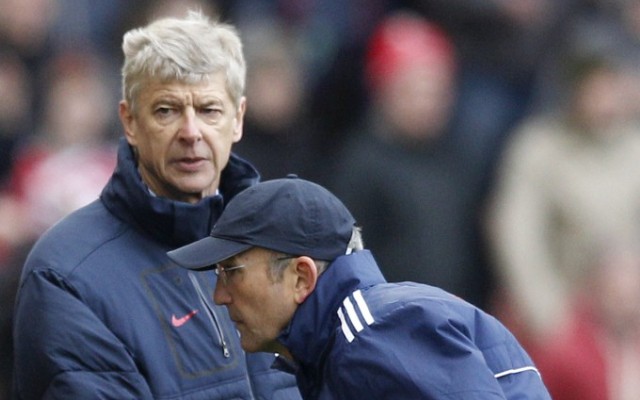 Stoke have ruffled Arsenal’s feathers on numerous occasions since their promotion to the Premier League in 2008.

The Potters have beaten the Gunners four times in the modern top flight, as well as knocking them out of the FA Cup in 2010.

Understandably, Arsenal don’t like losing. But their rivalry with Stoke is about much more than results. It’s about history – notably Aaron Ramsey’s ugly leg-break which occurred in a tackle with Potters captain Ryan Shawcross – and a serious clash of culture.

Gunners boss Arsene Wenger is a football snob. The Frenchman, who insists on playing with style, famously likened Stoke to a rugby team in 2010 [via the Telegraph] – an accusation that did not go down well with Stoke’s then-manager Tony Pulis.

So, it may come as quite a surprise to hear Pulis say that he is actually a big fan of Wenger’s Arsenal. He did just that this week, with his West Bromwich Albion side preparing to host the North London outfit in the Premier League this weekend.

Pulis was quoted by Sky Sports on Friday as saying: “Arsenal are an absolutely wonderful football club. It’s always been a very special club for me, as a lad who was born in the 1950s. They have a great opportunity this year of winning the title, they have a genuine chance.”

Arsenal only trail Premier League leaders Manchester City on goal difference going into matchweek 13. Wenger’s chances of delivering a fourth Premier League title to North London have been significantly boosted by Chelsea’s awful start to the season. The defending champions currently sit 16th in the table, 15 points behind the Gunners.