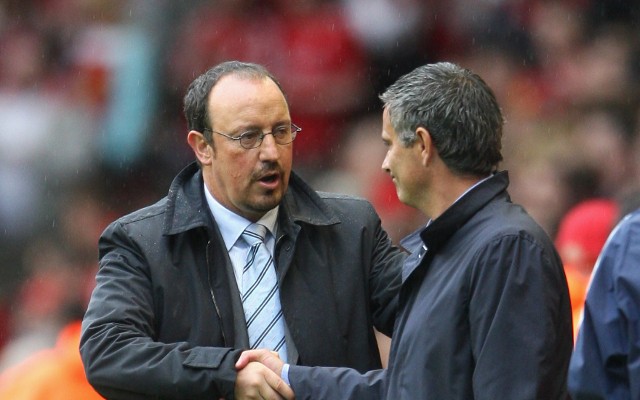 Barcelona great Rivaldo has taken to Instagram to announce the identity of Real Madrid’s next manager following the Catalonians’ 4-0 demolition of their fierce rivals on Saturday.

A Luis Suarez brace and goals from Neymar and Andres Iniesta set Luis Enrique’s side up for a convincing triumph in the first Clasico of the season, and extended the gap between the two domestic heavyweights to a considerable six points.

As such, the pressure has grown on coach Rafael Benitez, with various sources revealing that the manager’s departure is imminent.

Taking to Instagram, Rivaldo clearly believes the writing is one the wall for the incumbent, and appears to have revealed that his successor is set to be none other than Real legend and the Brazilian’s own nemesis Zinedine Zidane!

“Real Madrid already have a new coach in Zidane,” the World Cup winner began, writing on his Instagram page.

“I believe it is time to give an opportunity to him, as did Barca with [Pep] Guardiola and Luis Enrique.”

Florentino Perez is understood to be in the process of deliberating what to do with Benitez, according to Marca. The chief is expected to either make a quick decision and dispose of Benitez swiftly, or decide to stick with him and give him the full campaign to try and turn things around.