Manchester United coach Louis van Gaal has admitted that his decision to send Adnan Januzaj on loan to Borussia Dortmund may have been a mistake.

The young Belgian forward shine under David Moyes, and emerged as one of the few bright lights of the Scot’s unhappy tenure at Old Trafford. However, his progress stalled under van Gaal and he was a peripheral figure this term.

Seemingly unable to see how the youngster would forge his way into his first-team plans this term, the Dutch coach agreed to let Januzaj leave the club on loan, despite the youngster making a key impact in the victory over Aston Villa early in the season.

Without him, the Red Devils have struggled for goals, with neither Anthony Martial nor Memphis Depay wholly convincing as leading men for would-be title contenders.

As reported by Goal, LVG has questioned whether the decision to offload Januzaj was wise considering the forward’s lack of game time at BVB—he is yet to make a league start at Dortmund this season since moving to the Bundesliga. 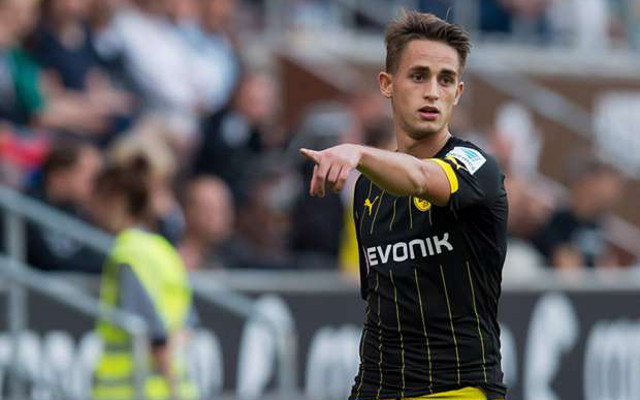 “At a club like Borussia Dortmund, all the players are also of a certain level,” the Dutch coach began. “I said in advance that’s a big risk, because you have to compete with other players of a higher level and that’s not so easy.

“It’s the same as at Manchester United. He has to compete with higher-level players. I want him to play all the matches, and that’s why I wanted to play him in the Premier League, but he chose Borussia Dortmund.

“We have to wait and see [if it’s a good move] because now he doesn’t play. I am certain he has the talent to play, but he has to learn a lot of things.

“Talent is important, but so is the character to develop your talent. And he can learn that.”