+Reports in Italy have revealed that Real Madrid president Florentino Perez is considering experienced coach Marcello Lippi as a potential replacement for Rafael Benitez at the Bernabeu.

The former Liverpool coach has come under increasing pressure so far this season following a series of mixed and uninspiring results, and the speculation surrounding his future has increased since last weekend’s humbling at the hands of Barcelona.

Los Merengues were shredded by their fierce local rivals—falling to a 4-0 defeat—and were wholly outclassed in front of their own fans.

As such, Benitez has been tipped for the exit door, and while Perez has insistent that he wants to keep faith in the incumbent, another poor result could seal his fate.

According to Le 10 Sport, World Cup-winning coach Lippi has been tipped as a more experienced option to current youth-team coach Zinedine Zidane, who is currently the favourite for the job. 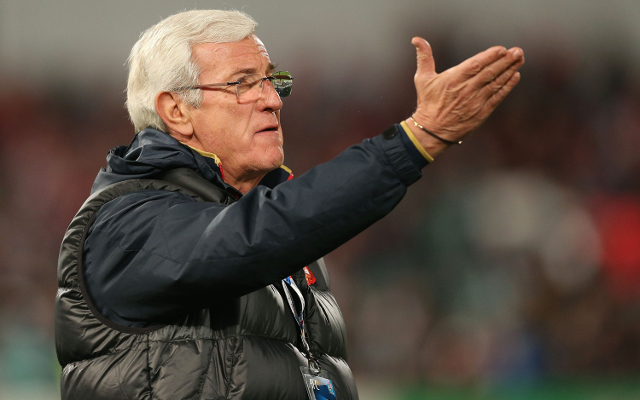