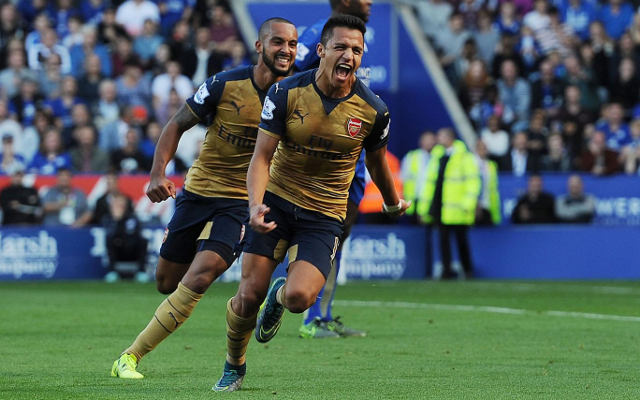 Arsenal boss Arsene Wenger has likened star player Alexis Sanchez to a lion and has backed him to help the club roar once again, the Daily Mirror reports.

Wenger made the comparison after saying that his “explosive and committed” style means he never gives up even, after getting knocks.

Sanchez gave Arsenal fans a scare earlier this week when it appeared that he could miss this weekend’s clash with Norwich due to a hamstring problem.

However, despite carrying a knock the Chilean international will definitely feature against the Canaries, and Wenger was full of praise for his star man.

“His style is explosive and it’s a committed style. Jamie Vardy is a bit similar — they go when they go,” Wenger said.

“They are like the lion. He has to catch the animal in the first 200 metres. If he doesn’t get there, after he’s dead.

“They are these kind of killers. When they go, it is to kill and after they have to stop.

“That’s where we come back to top-level sportsmen. That kind of mixture of flexibility, sense of how far can you go with the pushing, that sensitivity to how much and as well when you have to ease off on your body.

“His resistance is remarkable. What is also remarkable is that he goes to South America [on international duty], he comes back Thursday night and on Saturday he can play without a problem, even if he’s jet-lagged.

“He would have been a perfect tennis player.

“These are not players who have the traditional academic education that we give now to the players at 15,16. They have a physio every day. They are more street players, not pampered.”