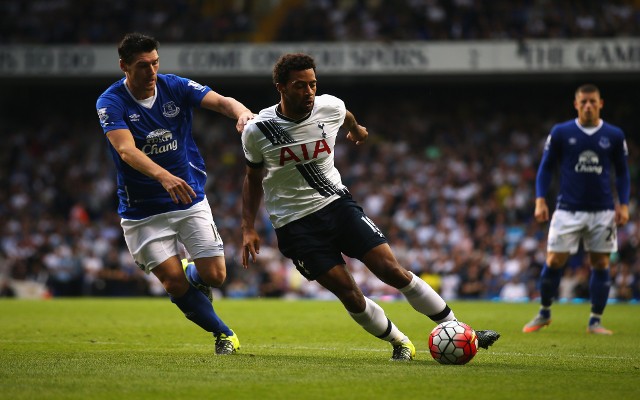 Chelsea are reportedly set to press ahead with moves for Leicester City striker Jamie Vardy and Tottenham midfielder Moussa Dembele in the new year, according to the Daily Mirror.

The Blues have endured a rotten start to the season, and the Mirror claims that manager Jose Mourinho will splash out a combined fee of £40million on the pair in the January window.

Mourinho is believed to be a huge fan of the Belgian international midfielder, and believes a £20million offer will help bring him to Stamford Bridge and give his side a much needed mid-season boost.

Dembele has been in stunning form for Mauricio Pochettino’s side in recent weeks, but Spurs had been willing to sell the player last summer and his long-term future remains uncertain.

And Mourinho will now take a closer look at him on Sunday when his side meets Spurs in the Premier League.

Vardy, the division’s top marksman this season, will try to break Ruud van Nistelrooy’s Premier League record of scoring in 10 games in a row when Leicester take on Manchester United on Saturday night.

The England international has been targeted for his work rate and re hot form, which is in stark contrast to the three big name strikers he is currently forced to rely on.