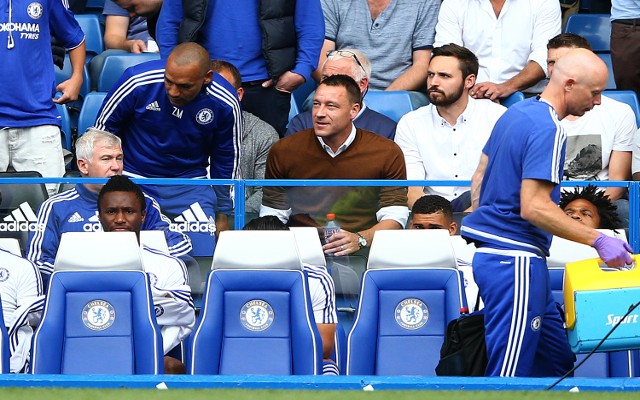 Chelsea manager Jose Mourinho has confirmed that his side could have to go without captain John Terry for this weekend’s Premier League clash with Tottenham, the Daily Express reports.

The veteran defender sustained an ankle injury during the Champions League victory over Maccabi Tel Aviv earlier in the week, and was forced to leave the pitch on a stretcher.

And with him seemingly losing his race to be fit for the trip to White Heart Lane on Sunday, Mourinho is prepared to use Gary Cahill and Kurt Zouma as his centre-back pairing.

The Blues boss said:”I don’t want to say that it’s impossible that he plays, because maybe he plays and you’ll say I was hiding.

“Today he didn’t train but we have a little hope that it’s possible. I have complete trust in Cahill and Zouma.”

Midfielder Ramires is also feared to be doubtful for Sunday’s clash, but goalkeeper Thibaut Courtois and striker Radamel Falcao are thought to be closing in on returns.

Cesc Fabregas has been suffering with an injury this week, but Mourinho believes he will be fit enough to feature.

He added: “He has a pre-injury. Does he have a chance? He has a chance.”