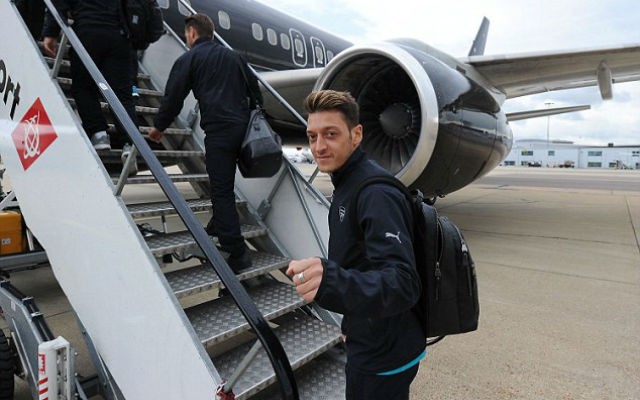 Arsenal boss Arsene Wenger has defended his club’s decision to catch a 14-minute flight to Norwich ahead of Sunday’s Premier League clash, the Daily Express reports.

The club were criticised by several environmental groups back in October 2012 for using a private jet to travel 100 miles from London Luton to Carrow Road and have come under fire yet again.

Campaigners have labelled the decision ‘ridiculous’ and ‘ludicrous’ and believe it proves that footballers ‘live in their own bubble’ due to their excessive wealth.

Wenger confirmed at his press conference: “We will fly to Norwich on Saturday night after having dinner at the training ground.

“When we made the decision there was some road work planned. Sometimes the access to Norwich is difficult. So we decided to fly. We do not fly a lot any more. We take a train or coach. This is an exception.”

Jennifer Parkhouse, of Norwich and Norfolk Friends of the Earth, deemed it ‘ironic’ that the match kicks off while a Climate March takes place in London. She said: “They appear to live in some kind of a bubble, entirely separate from the rest of us.”