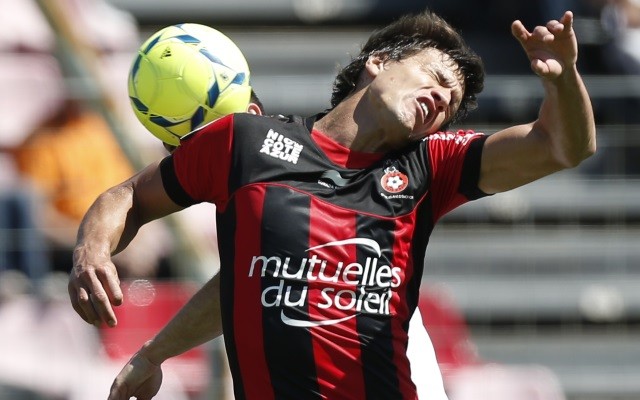 One of Ligue 1’s bad boys, Renato Civelli, was shown a red card on Saturday after kicking Romain Saiss in the face with a well-placed boot.

Warning—this video is not for the faint hearted, look away NOW if easily offended!

After being dismissed—with the red card coming in the 68th minute—Civelli insisted that he was innocent, and that he had merely been going for the ball.

Nonetheless, the cries of “Civelli rouge!” went up from the Angers’ fans and the defender’s fate was sealed!

Indeed, looking at the clip, the Argentine centre-back does appear to keep his eyes focused on the ball, but does he know what he was doing?

While Civelli pleaded his innocence, and perhaps didn’t mean to take Saiss out, is his play dangerous enough to warrant a straight red?

The defender was surely frustrated…by this point, strugglers Lille were 2-0 down following goals from Gilles Sunu and Ismael Traore, and despite the arrival of Frederic Antonetti, Les Dogues looked no closer to improving the miserable form they demonstrated under Herve Renard before his dismissal.