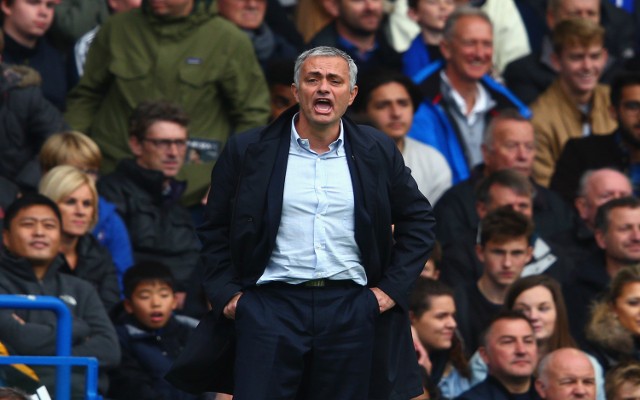 Mourinho accused Costa of not reading the game, while he claimed Drogba only took a pop at the current Blues squad because he is hoping to sell more copies of his new book.

The Special One also confirmed that Costa snapped back at him during their halftime argument during the Champions League clash with Maccabi Tel Aviv during the week, and though he tried to play down the indecent he did confirm that the Spanish international swore at him.

“Everything is OK. No problem. In the game I told him . . . from a distance, that I was not happy with the movement he did,” he said.

But crucially Mourinho continued: “He’s not reading the game properly in these actions.

“That was my opinion. As a striker he must read. You have to anticipate things and read the game faster.”

And Mourinho then went on to respond to Drogba’s recent comments about the club having no leaders by dismissing the 37-year-old as having an anterior motive.

“When you speak because you want to sell books, I don’t read,” he said.

“But this is not an interview. It was to sell books. It doesn’t disappoint me. It was just the reality. I can analyse Didier’s interview with pleasure, but not Didier selling books.”