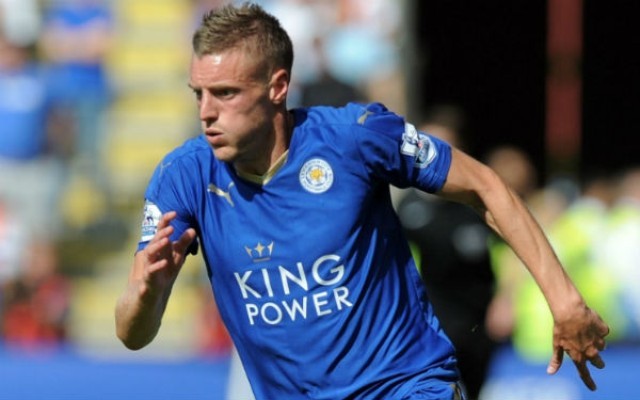 Premier League table toppers Leicester City have reportedly told Manchester United that they will have to cough up £30million if they want to sign top scorer Jamie Vardy, according to the Metro.

The Foxes are understandably desperate to keep hold of the England international striker, and are hoping to fend off any immediate interest by slapping a huge price tag on his head.

The 28-year-old is said to be earning around £40,000-per-week at the King Power Stadium, but could expect a significant pay rise should he opt to join one of the Premier League’s big hitters.

But The Telegraph report Leicester rate him so highly that they are placing him in a similar price bracket as the likes of Christian Benteke and Anthony Martial and have told any interested parties that he will cost them £30million.

However, with him out of contract at the end of the season, Leicester are risking pricing themselves out of receiving some kind of fee as it would be unlikely that he would sign an extension with such prestigious club’s on his tail.