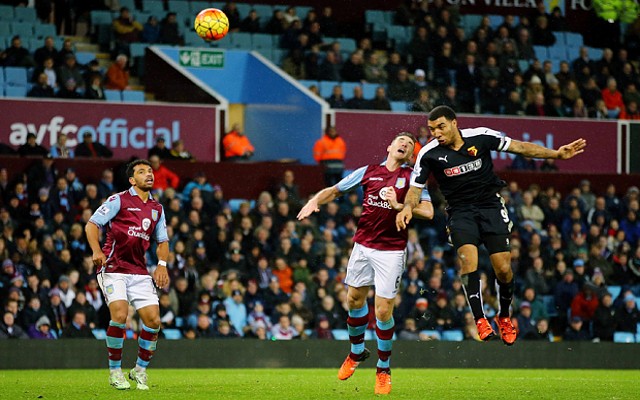 Tim Sherwood may be gone, but it would appear the mistakes and talent deficiencies didn’t leave Aston Villa with him as the Premier League mainstays continue their season-long trip to the relegation zone. Apparently last week’s 4-0 blowout loss to Everton was a sign of things to come as opposed to a wakeup call and it showed on the field against Watford.

Here are the Aston Villa-Watford highlights:

At the 17′ mark, Odion Ighalo beat Brad Guzan for Watford’s first goal of the day – but it wouldn’t be their last.

Aston Villa – who had been held scoreless since their November 2 loss to Tottenham Hotspur – finally put a goal on the board thanks to Micah Richards, who capitalized on a free kick to equalize in the first half.

Ultimately, it was another inexplicable Aston Villa mistake that became their downfall as Alan Hutton accidentally made an own goal that gave the lead right back to Watford.

In the final five minutes Watford added a third goal to double their lead, and a late score by Jordan Ayew was not enough for Aston Villa to get any points.