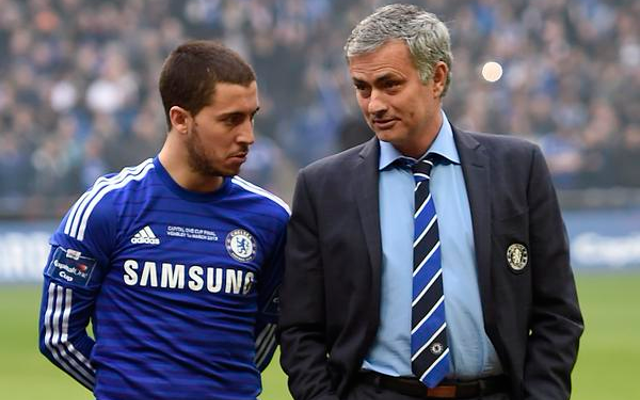 Chelsea boss Jose Mourinho certainly isn’t afraid to light a fire under his star players but had a fascinating analysis of star midfielder Eden Hazard – who he played as the forward in their 0-0 draw against Tottenham Hotspur.

According to the Mirror, Mourinho has made it clear that Hazard is not his No. 10 and intends to keep playing him wide. The Special One explained that his preferred No. 10 is a player like Oscar who can score from the position more often, just like he did against Maccabi Tel-Aviv in the Champions League this past week.

“Me and Eden have different concepts of number 10. For me a number 10 does a lot of things with and without the ball. So a number 10 is a very special player I my team,” Mourinho said.

Mourinho also made note of two of his ideal 10s – particularly Wesley Sneijder and Deco, both of whom played for him in his various managerial stints across Europe.

“Wesley Sneijder and Deco are my perfect number 10’s. The complete number 10’s. Mesut Ozil was very good at Real Madrid as well. Sneijder could defend, get in the box and finish with goals. Can Eden be that man as a Number 10 ? I don’t think so.”

Hazard has had one of his most difficult seasons to date, failing to score a goal in the Premier League and missing several vital penalty kicks, one of which knocked them out of the League Cup.