Liverpool have not won back-to-back Premier League games since the first two games of the season, but a four week winless stretch dropped them into the bottom ten – a place from which Jurgen Klopp is still trying to dig his new club out of. They have a chance to take a big step forward if they can get a win against 14th ranked Swansea City.

The latest injury to Daniel Sturridge may have thrown a wrench into Jurgen Klopp’s plan of attack, but he still has enough talent up front to beat Swansea City. The Swans are a fairly inept team on offense, which is why Klopp should go with his biggest bodies up front and try to wear them down with plenty of early shots.

For that reason, Christian Benteke should start with Philippe Coutinho healing up from an injury and waiting on the bench to take over the game in the second half (should he be deemed healthy enough of course).

Here is the Liverpool predicted XI vs Swansea City:

Though he was humiliated in Europa League this past week, Mignolet is in no danger of losing his job (as long as the Reds keep winning that is)

Clyne is back in, no change.

It’s been a remarkable week for Skrtel who celebrated his big goal for Liverpool with a dinner with Novak Djokovic.

Klopp has gotten good work out of Lovren, and his status shouldn’t change.

Another start for Moreno.

Can retains his starting position after a good game vs Man City.

Earning his first start in the Premier League this season is Allen, who hopes to contribute something other than yellow cards.

Milner has been very good when healthy.

Lallana is Liverpool’s leading scorer in the Europa League. 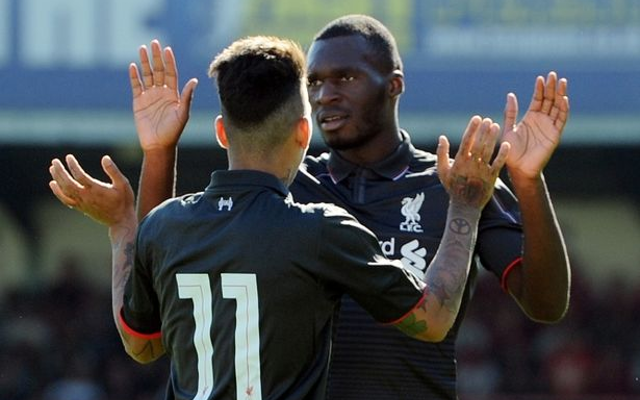 Firmino will need to open up scoring lanes early for Liverpool’s attack to be successful with Benteke.

Benteke will be up front to wear down Swansea up the middle, but don’t be surprised if he doesn’t play the full 90 minutes.