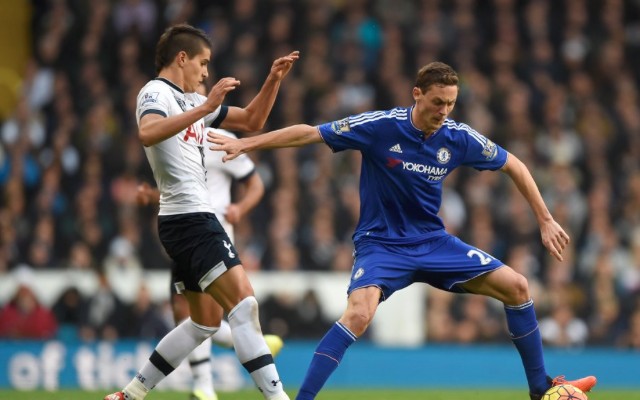 Tottenham Hotspur set a club record of 13 Premier League games unbeaten but were unable to climb into the top four courtesy of a goalless draw with Chelsea at White Hart Lane this afternoon.

A fixture which served up a 5-3 goal fest last season could not produce the same excitement this time around as the spoils were shared – a good point for both a tired Spurs and a slowly improving Blues.

Jose Mourinho left Diego Costa, who has seven goals in his last 30 outings, as an unused substitute and instead went with a fluid front four, of which Eden Hazard and Pedro were particularly lively.

The Spaniard, who has not notched in the league since a debut strike against West Bromwich Albion came the closest to breaking the first-half deadlock with a piledriver which went just over the crossbar.

Harry Kane has been a lot more prolific for Tottenham in recent weeks. The England forward has nine goals in his last six games, but Asmir Begovic was equal to his two efforts in the opening 45 minutes.

Chelsea created the better chances after the break, and Hazard nearly won it for the visitors with this sweetly-struck volley, but Hugo Lloris made a superb save to deny the Belgian a first goal in 21 games.

That was probably the key moment in an otherwise underwhelming London derby and ensured Spurs remain without defeat since the opening day of the season. They stay fifth in the table and Chelsea 14th.