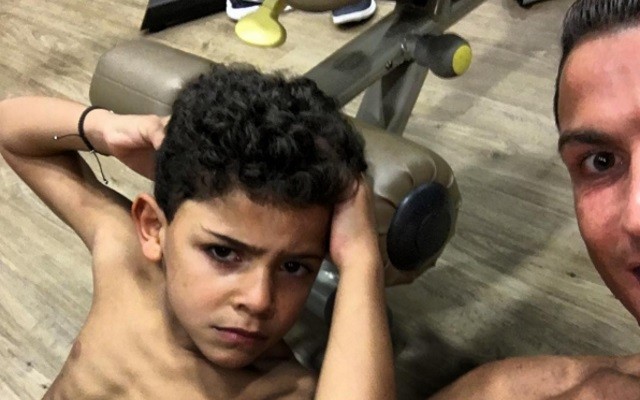 Cristiano Ronaldo has posted a revealing photo to Instagram which shows the Real Madrid superstar working out with his five-year-old son Cristiano jr.

The forward took a series of photos of himself working out in his personal home gym ahead of Real Madrid’s weekend fixture against Eibar.

The boy—whose adulation for Ronaldo’s rival Lionel Messi has been well documented—appears to be delighted with the chance to learn the ropes from his famous dad.

Indeed, there are several uncanny similarities between the pair—not least little Cristiano’s physique, which is not at all dissimilar to that of his famous dad.

It remains to be seen what the future holds for CR7 and his son, with transfer rumours intensifying that the forward is set for a move away from Real in the near future.

The hitman has been heavily linked with a move to Paris Saint-Germain, although Ronaldo may also seek to move to Manchester United, completing an emotional return to the club where he truly made his name.