Victor Valdes was widely expected to leave Manchester United in January already, but a New Year’s exit is now almost certain after the goalkeeper’s angry wife blasted the club via Instagram.

Former Barcelona stopper Valdes has not played for United all season, with David de Gea and even Sergio Romero preferred to him by United manager Louis van Gaal.

Valdes and Van Gaal do not have the best relationship, but United appear to have struck the Spaniard below the belt by not inviting him to a recent charity event.

Yolanda Cardona, Valdes’ partner, was far from impressed with the snub.

She shared a photo showing a large group of United stars enjoying the Unicef event. Yolanda attached the message: “Do not invite to my husband @vicvaldes1 to be part of the #united4unicef, its the last thing you don’t expect from one of the biggest club as @manchesterunited “A Charity event, its always a Charity event”.

The club have yet to respond. 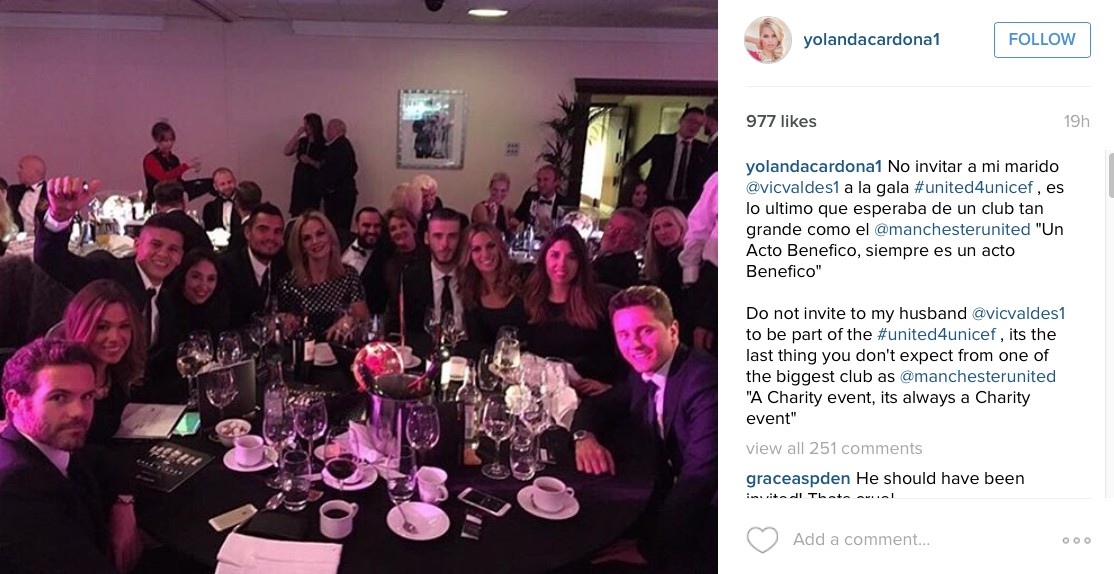