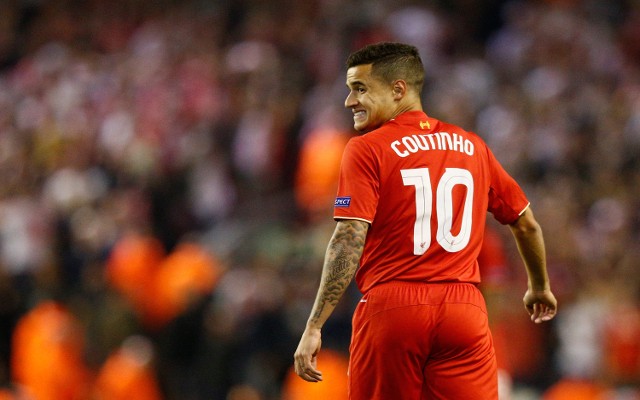 Liverpool may not have needed Philippe Coutinho to get their win against Swansea City this past weekend, but they’d still likely be relieved to have him back for their Capital One Cup fixture against Southampton this week. Luckily for Jurgen Klopp and his team, that appears to be the target date for the Brazilian star’s return.

According to the Express, Klopp made the decision to rest Coutinho after a recent hamstring injury but has decided that the star winger will be back against Southampton on Wednesday night.

“Philippe had a very intensive session yesterday, but we decided two or three days ago that we didn’t want to risk (him) for this game (against Swansea City),” Klopp said.

“Now I think he’s fit. I saw him in the dressing room and he looks good. I’ll have to talk with him tomorrow – I think he’s ready for Southampton.”

Coutinho is the team’s leading scorer with five goals on the season along with a lead-tying three assists. The 23-year-old Brazilian has been absolutely on fire lately, scoring in each of his last three games – twice against Chelsea, once against Crystal Palace and once with an assist against Manchester City.

Liverpool’s 1-0 win over Swansea City moved them into sixth place, their highest position on the table since Matchday 4.