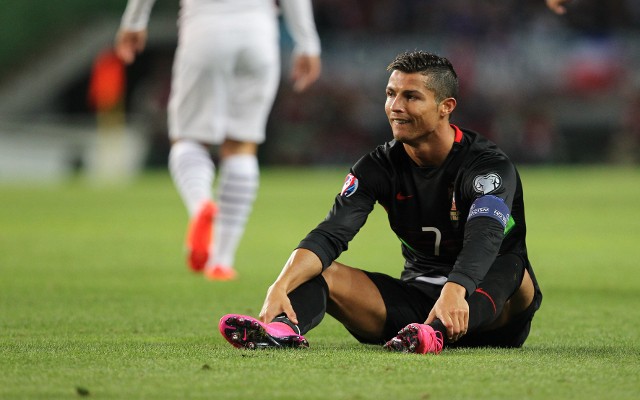 A source close to Paris Saint-Germain has told The Sun that Cristiano Ronaldo intends to stay at Real Madrid, but that if he does leave the Spanish giants, he’d only consider a move to the French capital.

The news is set to disappoint Manchester United fans, with speculation intensifying in recent weeks that the Portuguese superstar could be set to make an emotional return to Old Trafford.

According to the Independent, Ronaldo is prepared to reject a move to PSG in order to follow his heart and secure an emotional return to United.

However, this information is contradicted completely by The Sun [via Dream Team FC], who quote a PSG source that the forward is not considering a move to Old Trafford.

“Cristiano has told those closest to him that he wants to stay at Real,” the source began. “But if for one reason or another he leaves then he will only go to PSG. The decision has been taken and he was in no mood to entertain any other clubs.”

The source went on to explain the reasons why Ronaldo—who was recently snapped in close discussions with PSG coach Laurent Blanc during a Champions League game—would only consider a switch to Paris.

“He wants to live in France, he likes Laurent Blanc,” the source continued, “he has a great relationship with Nasser Al-Khelaifi, the club president and he knows life in Paris will simply be sensational for him.”

However, the attacker will be 31 later this year, and it remains to be seen whether he can continue to match the high standards he has set for himself at Real in recent seasons.

PSG are set to lose Zlatan Ibrahimovic next summer when the forward’s contract comes to an end, and Ronaldo would be an ideal on-field replacement for the Swede, while also replacing the legendary forward’s star power at PSG.