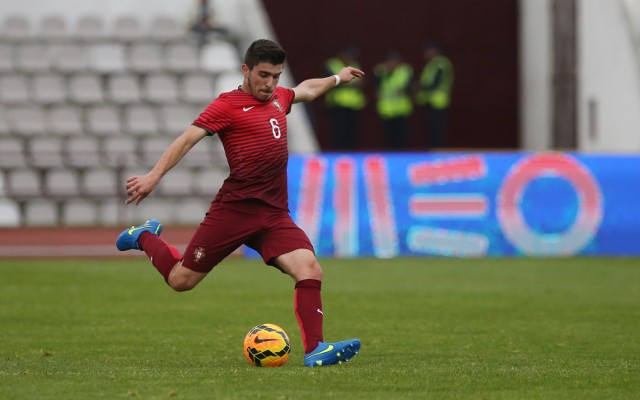 According to reports, Arsenal are planning to make a £22 million bid for FC Porto starlet Ruben Neves.

Shoot report that the Gunners are eyeing the teenage midfielder—who has already broken into the Portuguese national side—as the kind of player who could make a big difference over the second half of the season.

Despite his youth, 18-year-old Neves has already established himself in the Porto midfield, and considering his poise and experience of having played in the Champions League, he could be a valuable addition for Arsenal both in the future and for the rest of the campaign.

Central midfield has been a problem position for Arsenal in recent times.

Mathieu Flamini and Mikel Arteta are both arguably past their best, while it remains to be seen whether Santi Cazorla can anchor the midfield and stamp his authority on EPL contests on a regular basis.

Francis Coquelin is currently injured and set for a three-month spell out of the side [Daily Mail], while Jack Wilshere is also absent due to fitness concerns.

Aaron Ramsey might be drafted into the heart of the midfield between now and January, but Arsene Wenger likes playing the Welsh midfielder in a more advanced role and he lacks the natural authority of Neves.