After weeks of media speculation, Samir Nasri confirmed that his relationship with stunning WAG Anara Atanes was over.

For several months, the pair—for one time darlings of both the British and French media—had been pictured together at every opportunity, always arm in arm and very clearly in love.

However, The Sun confirmed recently that Anara Atanes and Samir Nasri have been separated for some time, and clearly aren’t staying the best of friends.

Nasri has some history of severing ties with previously beloved parties. He had had no qualms about leaving Arsenal—the club he once professed to adoring. Remind anyone of how things have unravelled with his delightful ex-WAG?

Nasri’s recently been fairly vocal about his desire to leave Manchester City after failing to truly establish himself in the first team at the Etihad Stadium.

It remains to be seen how he would look back on his time at his former club or if he will have coarse words to say about his current employers.

Nasri has certainly had some biting comments to make about the stunning WAG after breaking up with her. He confirmed the relationship was severed with the words: “Solitude is much better than bad company.”

Looking at these gorgeous snaps, we reckon Nasri’s just a little bit bitter about how things worked out! 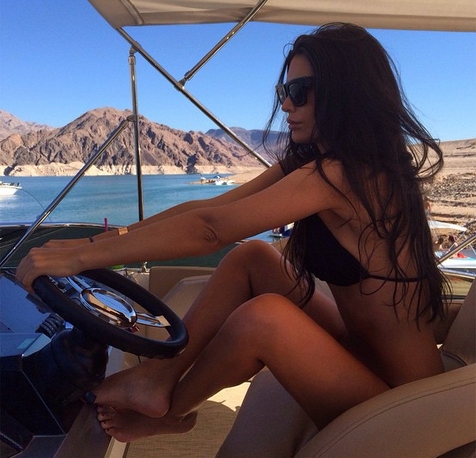