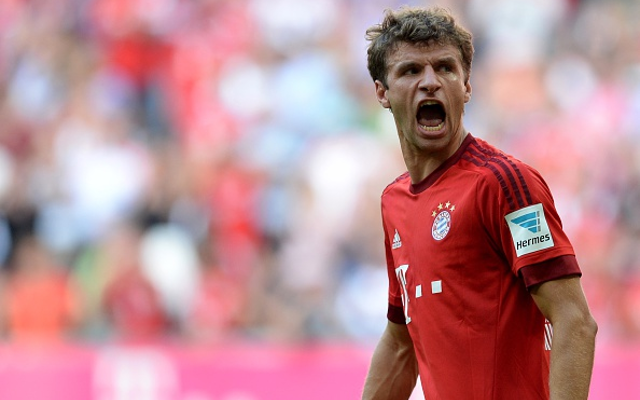 According to reports, Chelsea are prepared to go head to head with Manchester United in a bid to sign Bayern Munich forward Thomas Muller.

Jose Mourinho’s side are enduring a miserable start to the season, and after 14 matches they sit 14th in the table, having only picked up 15 points. While the Pensioners have lost a whopping seven matches, they have won only four, and their hopes of securing a return to the Champions League—let alone challenging to retain their title—would appear to be slim.

What’s worse, Mourinho has had to deal with under-performing hitman Diego Costa, who was dropped for the weekend derby against Tottenham Hotspur. Predictably, the Spaniard reacted badly to the snub, and threw his bib at the Portuguese coach in an act of defiance.

According to the Mirror, Chelsea have targeted Thomas Muller as a potential replacement for the Spain international. The German international and World Cup winner has demonstrated his class in the Bundesliga this season with 13 goals in 14 outings.

However, they may yet face competition from Manchester United, with Sky Sports noting that Louis van Gaal is keen to work with the player again following their shared time together at Bayern Munich.