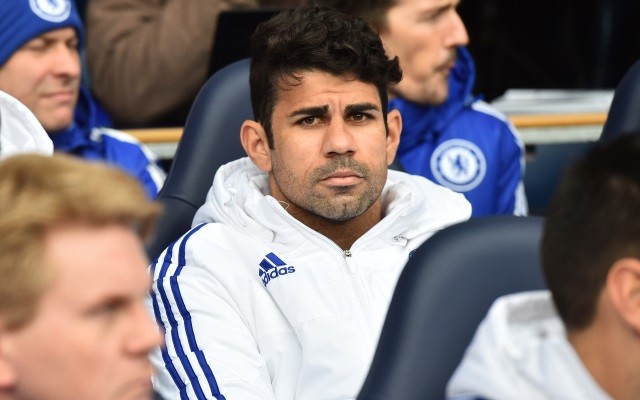 Diego Costa did not react well to being left on the bench for the duration of Chelsea’s 0-0 draw at Tottenham Hotspur on Sunday.

The Spanish striker was criticised by BT Sport pundits for the lack of commitment he displayed towards his warm-ups.

Costa then threw a tantrum when it became apparent that he was not going to get any game time. He took off his bib and launched it towards manager Jose Mourinho.

Chelsea have confirmed that Costa will not be fined for the incident. And it appears as though Mourinho has forgiven his controversial frontman, because, according to The Guardian, Costa is likely to start in Chelsea’s next game – a home Premier League clash with lowly Bournemouth.

However, The Sun claim that the Blues are looking to replace Costa.

Costa has scored just four goals in 18 Chelsea games this season, but playing against Bournemouth would be the perfect opportunity for him to significantly improve those figures.

Bournemouth have already conceded 30 Premier League goals this season. No top-flight side have shipped more goals.